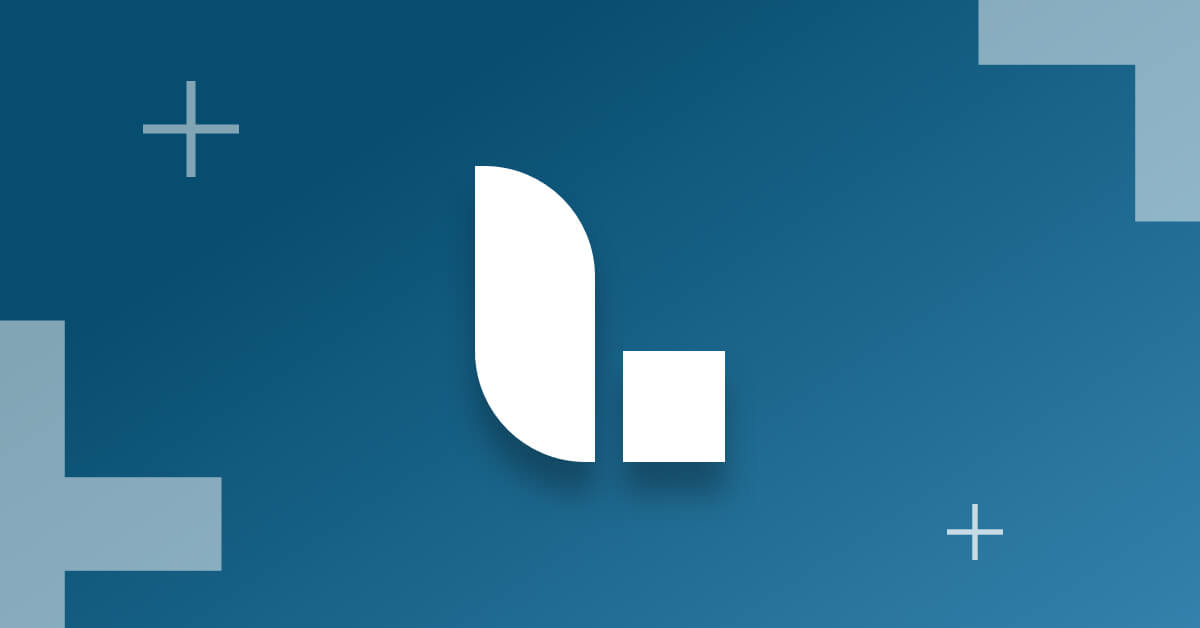 One of the benefits of using Logstash in your data pipelines is the ability to transform the data into the desired format according to the needs of your system and organization. There are many ways of transforming data in Logstash, one of them is using the mutate filter plugin.

This Logstash filter plugin allows you to force fields into specific data types and add, copy, and update specific fields to make them compatible across the environment. Here’s a simple example of using the filter to rename an IP field HOST_IP.

In this article, I’m going to explain how to set up and use the mutate filter using three examples that illustrate the types of field changes that can be executed with it.

The mutate filter plugin (a binary file) is built into Logstash. You can verify that with the following commands:

The output will be:

Generally, there are three main sections of a Logstash configuration file:

More information about formatting the Logstash configuration file can be found here.

In the example below, we’re adding a tag (Apache Web Server) to incoming apache access logs with a condition that the source path contained the term “apache”. Note the mutate filter added in the filter section of the Logstash configuration file:

There are a number of configuration options which can be used with the mutate filter, such as copy, rename, replace, join, uppercase, and lowercase.

They are outlined in the table below:

In this example, we want to remove the “Password” field from a small CSV file with 10-15 records. This type of removal can be very helpful when shipping log event data that includes sensitive information. Payroll management systems, online shopping systems, and mobile apps handling transactions are just a few of the applications for which this action is necessary. 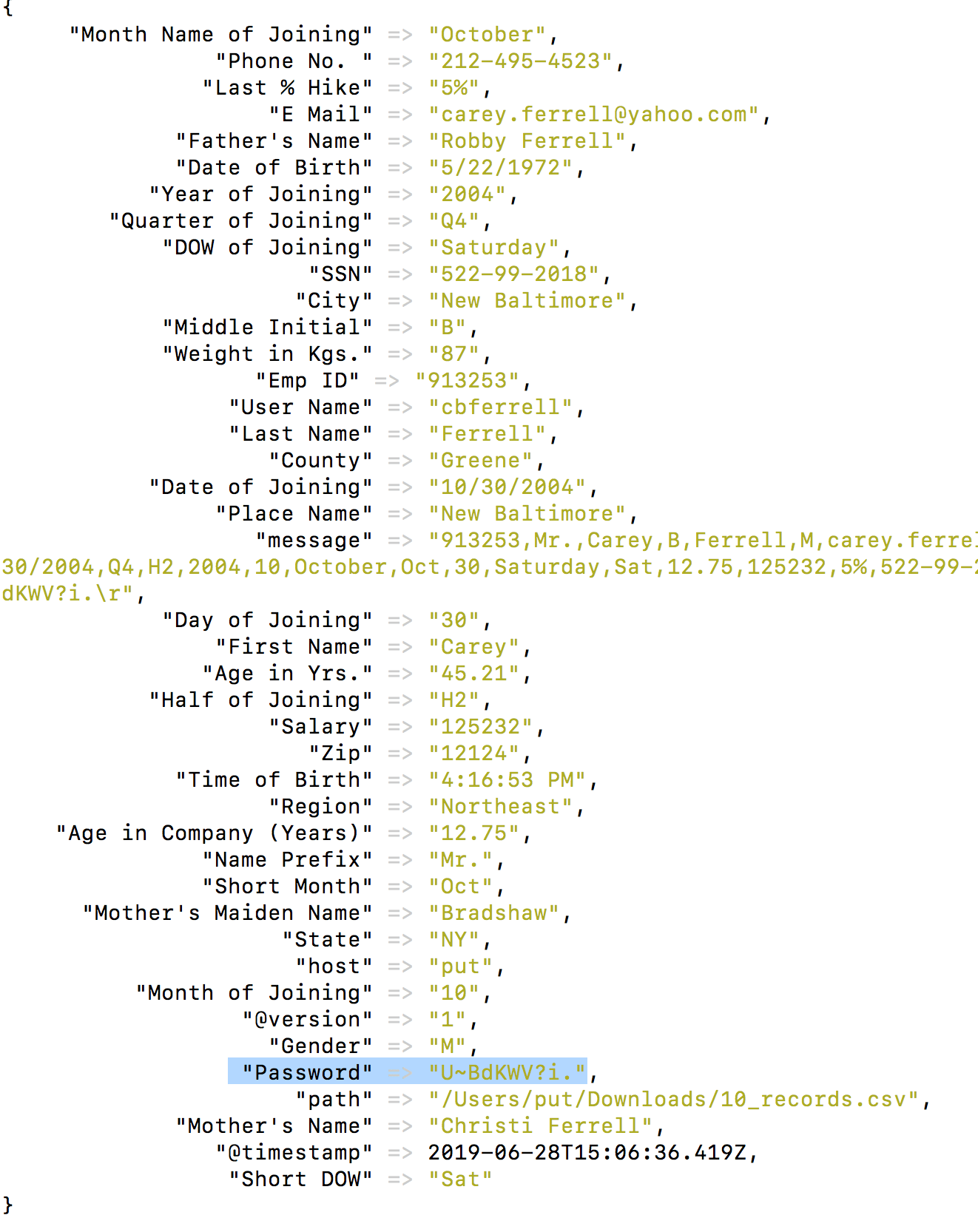 After the code has been added, run the Logstash config file. In this case, the final outcome will be shown in the terminal since we are printing the output on stdout.

As seen below, the “Password” field has been removed from the events: 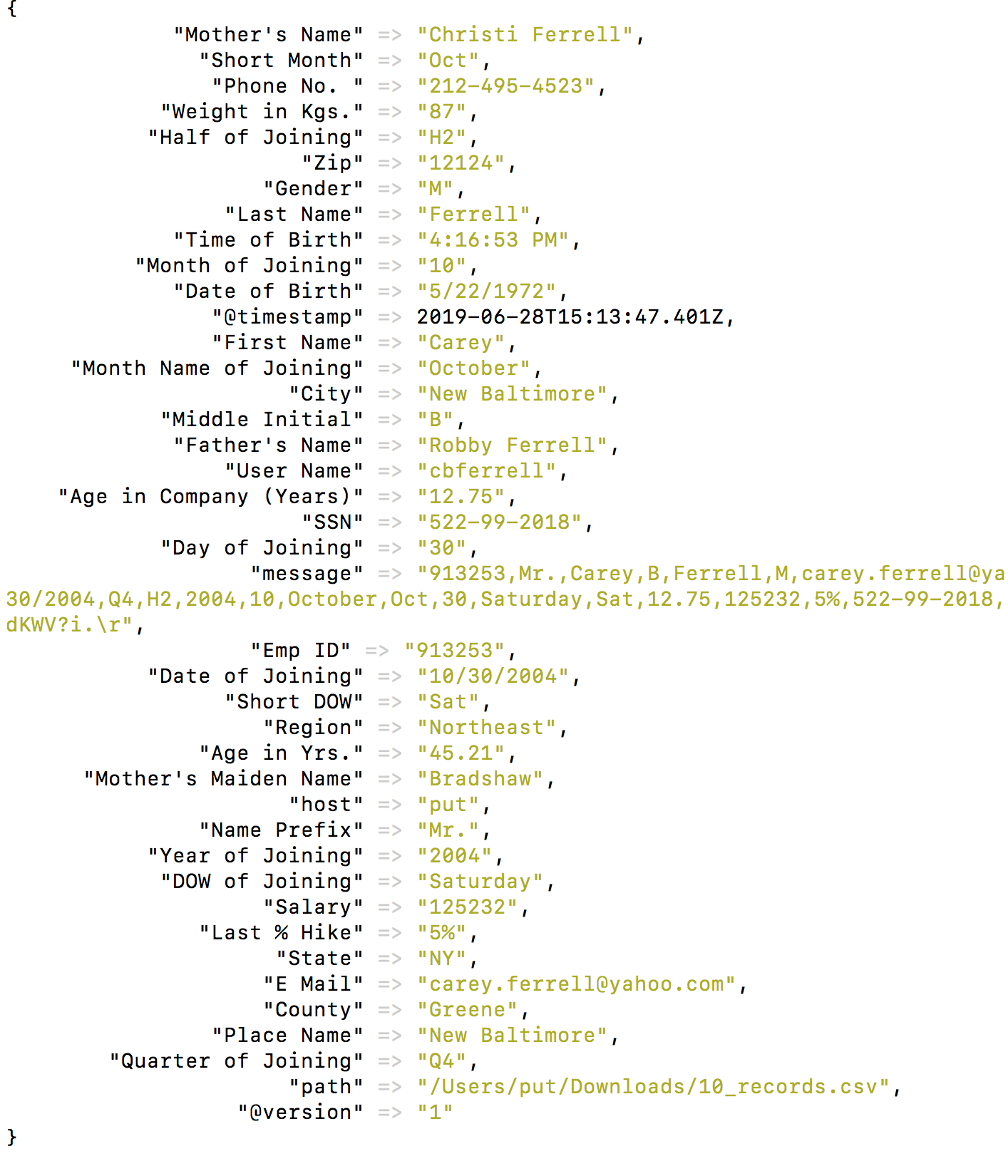 In this example, the field “Password” is again being removed from the events. This time, however, the removal is conditioned by the salary, if [Salary] == “154216.” 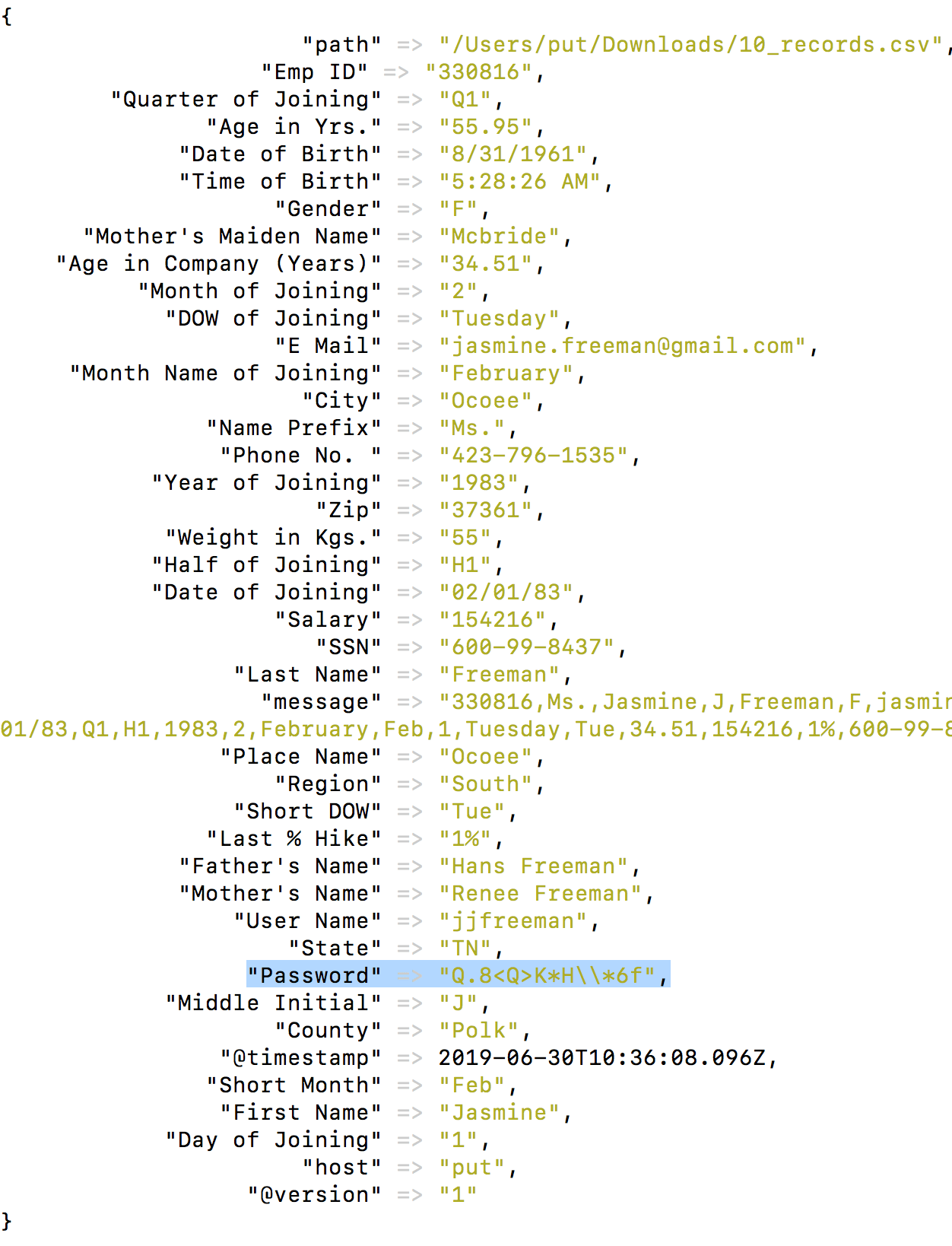 The code below will remove the field “Password” using the condition specified earlier:

Now, run Logstash with this configuration code. The result of this conditional removal is shown below: 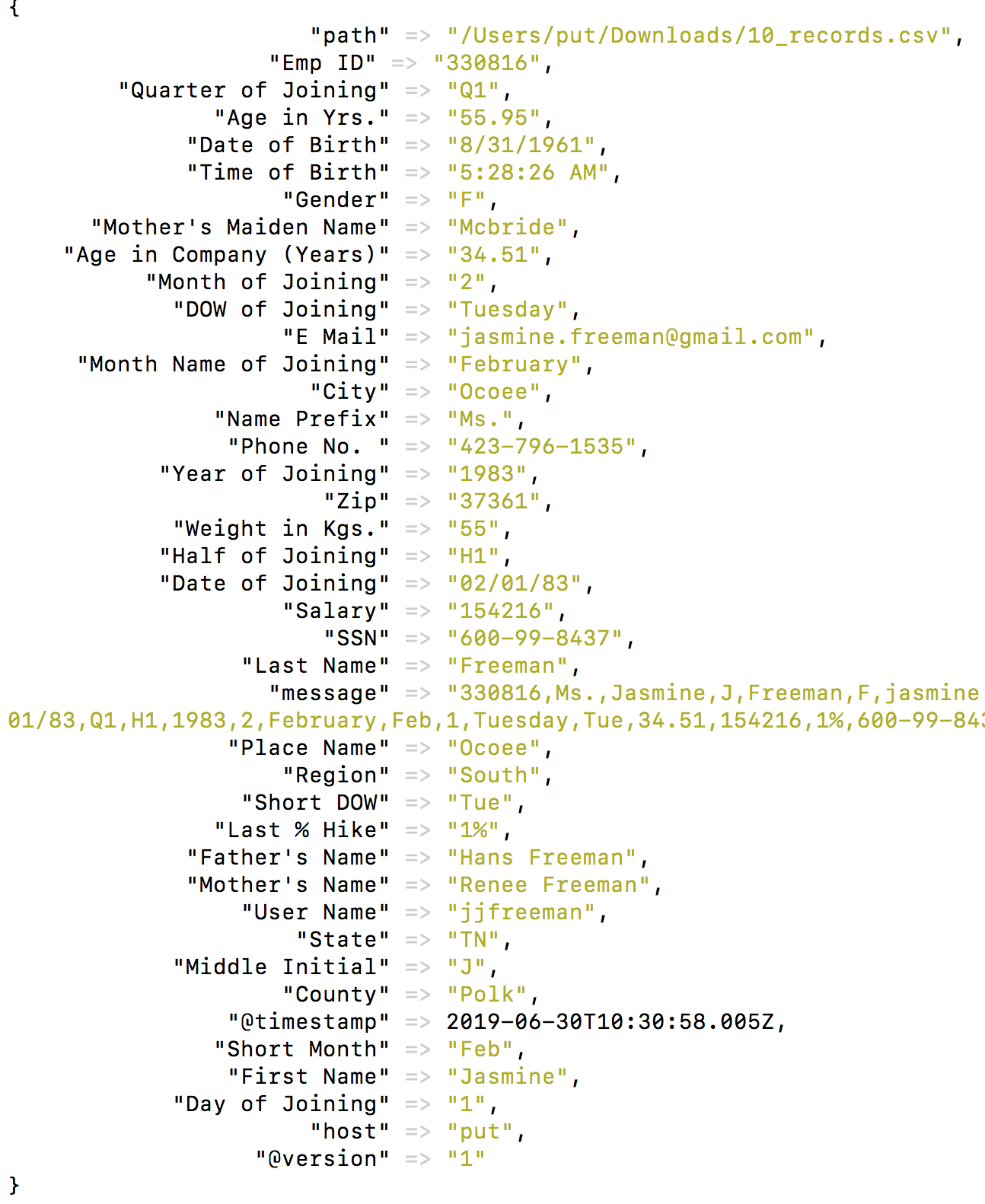 In this example, we’re going to use the mutate filter to merge two fields, “State” and “City” using the MERGE option.

After merging the two, the “State” field will have the merged data in an array format. In addition, in order to make things clear, we will also RENAME the field as shown in the code below:

Run the Logstash config file shown below to yield the merged data as shown below: 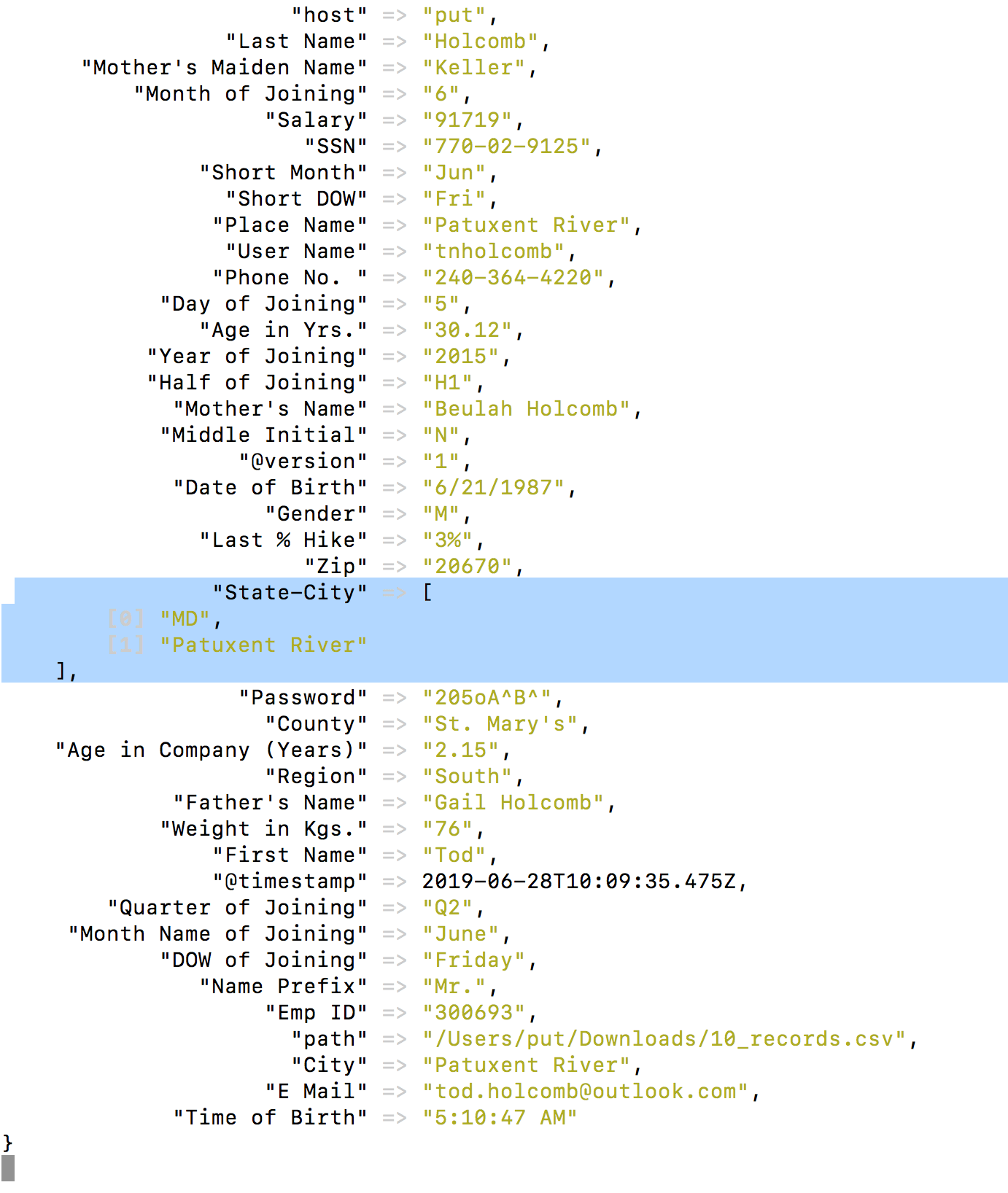 Run the Logstash configuration to see the added white spaces in the message field, as shown below: 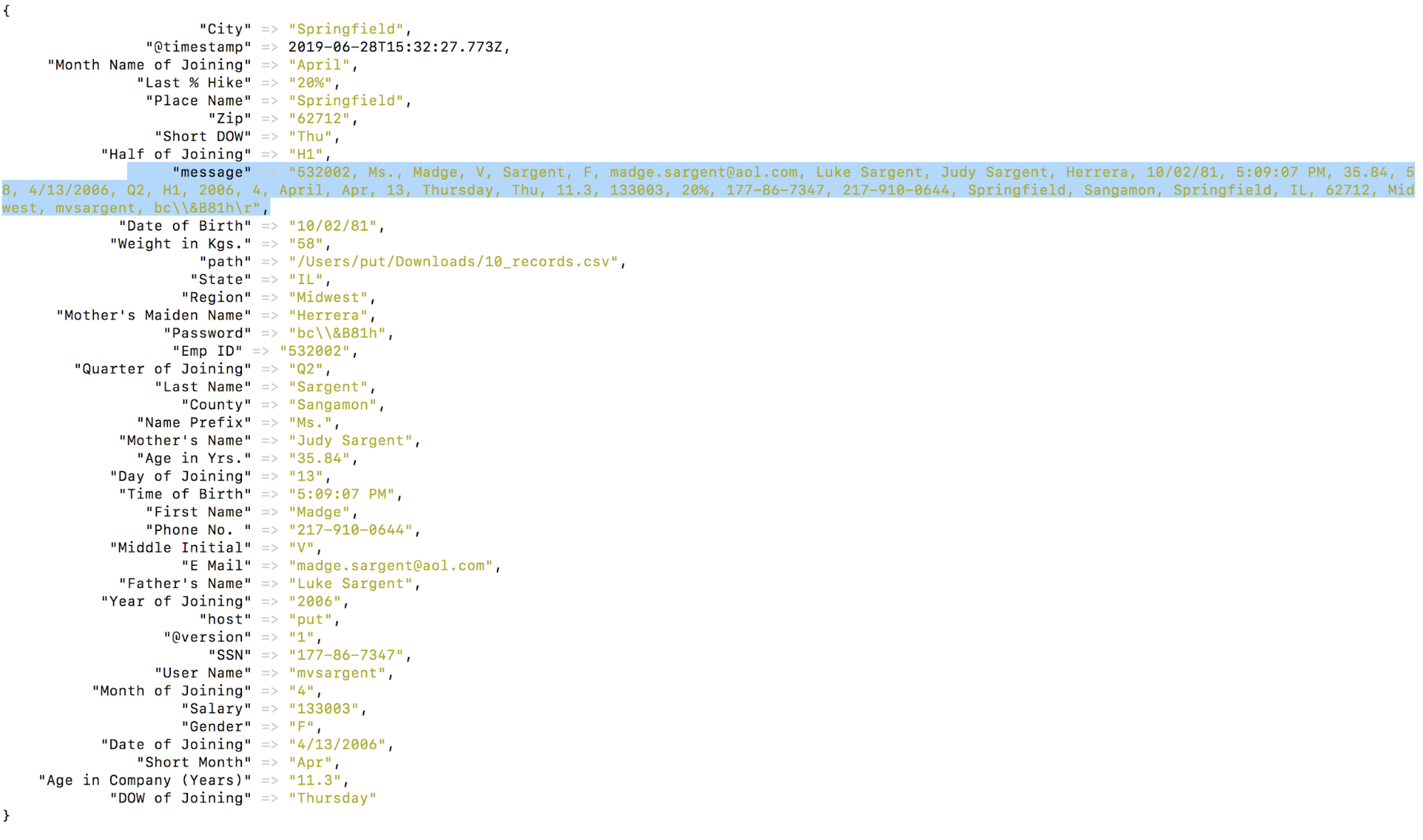 This article has demonstrated how a mutate filter can create new fields in a data set as well as replace and rename existing fields. There are many other important filter plugins in Logstash which can also be useful while parsing or creating visualizations.


Some of these include:


You can learn more about these plugins in this article.

Get Logz.io to parse your logs at scale. Get the FREE trial.
Check it Out!

Thank you for subscribing! We’ll keep you up to date with our latest content in our newsletter, the Monthly Observer. In the mean time, follow us on social for real-time updates

× Sign up for the next Logz.io live demo on July 8th at 11:30 EDT Register here
Use the field below to search Logz.io...
This website uses cookies. By continuing to browse this site, you agree to this use. Learn more.