The Rise of Kubernetes in 2017

Kubernetes is today the world’s most popular container orchestration tool and is here to stay. In 2017, it rose to dominance because of features, community, offerings in the cloud and recognition by its competitors.

Originally created by Google, and later donated to the Cloud Native Computing Foundation, Kubernetes (Kubernetes) is an open source container orchestration platform that can automatically scale, distribute, and handle faults on containers. It is extensively used in production environments to handle Docker containers in a fault-tolerant manner, and also supports additional container tools such as rkt.

As an open source product, it is available on various platforms and systems. Additionally, Google Cloud and Azure offer official support for it, so there is no need to configure the cluster itself (network setup, service discovery, and many other things commonly needed to deploy a Kubernetes cluster).

Kubernetes is a well-known and extremely popular solution for handling cloud resources and containers in an independent way. The popularity of Kubernetes is no longer limited to early adopters. It is now used all over the world and available from every major cloud provider. 2017 saw a significant rise in its adoption and use, and this article seeks to explore how and why.

When containers were first introduced in 2008, Virtual Machines (VMs) were the state-of-the-art option for cloud providers and internal data centers looking to optimize data center assets. The technology provided good flexibility, but had some flaws. For instance, each VM requires a fully operational system emulated throughout a layer (hypervisor) that has translated the instructions to the physical CPU. Even with new technologies such as Intel VT-x and AMD-V, performance is not the same as operating on bare metal.

Container technology addressed these flaws by sharing the same Kernel throughout all the images, without the emulation layer. In other words, the process from different images runs in the same space and the Kernel is responsible for guaranteeing the correct isolation. It is possible to set resource constraints that will limit the image resource utilization, just as it is with Virtual Machines. As such, containers will use much less memory by using a shared Kernel, and with less CPU utilization as it does not need the emulation layer.

Although it is easy to deploy containers on the same machine, there were concerns in regards to High Availability management, Disaster Recovery, and scalability. These concerns gave rise to a new type of software called container orchestration systems, which gained popularity over the last four years. Responsible for scheduling, memory allocation, security and network, they are also commonly called cluster operating systems and their mission is to ensure all images work as defined.

In the course of the development of container orchestrators over the last few years, intense competition has resulted in various solutions being proposed to common problems.

Docker Swarm, released in 2015,  is a container orchestrator and uses the same command line from Docker. While Apache Mesos has been around since early 2010, a stable release was deployed only in 2016. They call this a “data center operational system,” DC/OS. Lastly, Kubernetes, which arrived on the scene in 2014, was a system created by Google to handle the entire production lifecycle, from on-the-fly deployment, to scaling up and down, to health checks with High Availability (HA).

Since its release in 2014, Kubernetes has been gaining more and more traction in both usage and community commitment, a position that was cemented during 2017. Let’s try and understand why.

For the first two years following its initial release, Kubernetes had only five major releases. In contrast, in 2017, four major releases (1.6, 1.7, 1.8, 1.9) were announced with significant improvements to the stability, performance, and cloud availability of the platform.

Kubeadmin is one of the features worth highlighting. While still in beta, this tool provides an easy way to deploy clusters on different setups and has improved over the last year (1.6, 1.7, 1.8, 1.9). Since deploying Kubernetes can be difficult, this tool can increase Kubernetes’ popularity over using a private data center as it will simplify the deployment process and the necessity of having an expert on hand to implement and maintain the tool.

Available on a cloud near you

As Kubernetes was created by Google, Google Cloud was the first cloud service to provide a manageable Kubernetes cluster. As such, you have to choose some parameters like the VM’s size and some auto-scaling options while all the deployment, availability, and updates are handled by the cloud provider.

After a while, Microsoft started contributing to the Kubernetes source code and also deployed its version of a manageable Kubernetes (which include Mesos and Docker Swarm options).

But 2017 saw some additional cloud announcements for Kubernetes, including:

One way to determine how a specific technology or platform is faring with the public is to take a closer look at how it’s regarded by the competition. In that respect, 2017 was a game changer for Kubernetes:

Without a thriving community, and an influential one at that, Kubernetes would not have become so feature-rich and dominant.

Github provides us with a useful overview of Kubernetes’ successful development by tracking the number of commits over the past year. Conclusion — Kubernetes has over four times more commits than the next tool!

In its 2017 Octoverse report, GitHub ranked Kubernetes as the most discussed project, outdistancing its nearest competitor with quadruple the number of posts. It also came in second place in terms of reviews. The Kubernetes community has played a key role in the recent rise of Kubernetes by being active and responsive across communication channels.

Kubernetes has become the prime container orchestrator through a one-two punch of expertise and grassroots support. By making the project open-source and completely free, the project was crowdsourced, leveraging the community around the project while continuously improving the software and helping newcomers. This might not sound like much, but it also played a major role in raising awareness around the project.

To capitalize on its position, Kubernetes will have to improve certain aspects. In particular, there needs to be more focus on how difficult it is to deploy Kubernetes in a data center. There are a lot of configuration issues and demanding operations that need to be simplified. Moreover, it is hard to create a simple test environment on your machine or on a single test server (Docker has made this super-simple). The multi-cloud features are starting to gain traction but have a lot of room for improvement.

A goal for 2018 would be to address these issues. 2017 saw Kubernetes become the most utilized and talked about orchestrator on the market. We can expect more of the same in 2018, with Kubernetes solidifying its dominance at the top and continuing to grow by adding more features for niche markets. 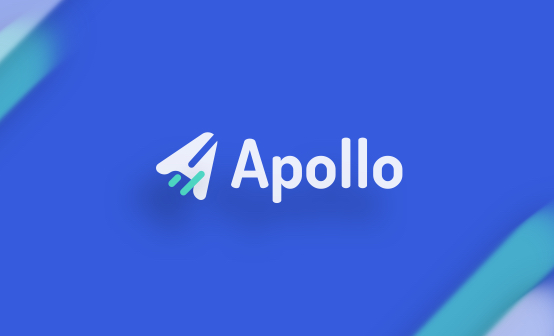 The Story of Continuous Deployment (CD) at Logz.io 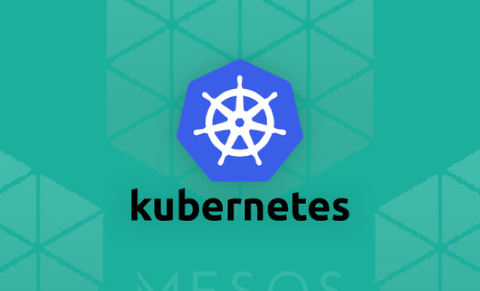 Why We Chose Kubernetes Over Mesos (DC/OS)

One response to “The Rise of Kubernetes in 2017”