How to Build a Scalable Prometheus Architecture 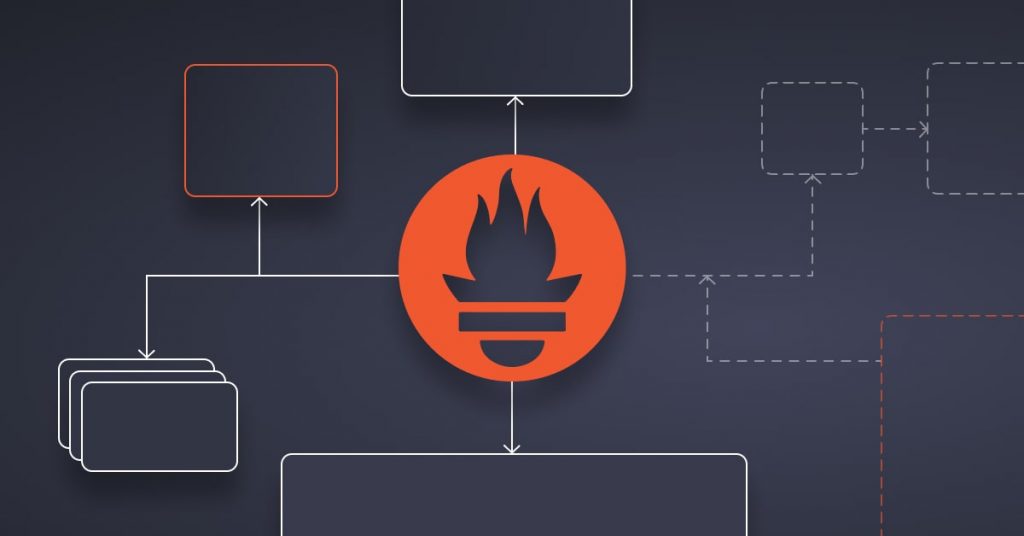 Prometheus is an excellent choice for monitoring containerized microservices and the infrastructure that runs them — often Kubernetes.

However, Prometheus has an Achilles’ heel: it doesn’t scale well by default. It runs on a single machine and periodically connects to an endpoint on each of the containers, servers, and VMs it is monitoring to scrape metrics data from. Large organizations running multiple instances of each of hundreds of microservices quickly exceed the scraping capabilities of a single Prometheus server.

Prometheus stores the metrics it scrapes on a local disk in a time-series database. This is a problem because the metrics generated by growing cloud-native applications can quickly fill the disk of a Prometheus server.

Scalable cloud applications need monitoring that scales with them to ensure you’re able to collect and store all of the monitoring data you need as your application grows. For a deeper dive into the factors driving the need to scale Prometheus, check out our article on Monitoring Microservices the Right Way.

Fortunately, there are several ways to build a scalable Prometheus back-end architecture that keeps up with the growth of the application it monitors. By “back end” we mean a central location to store and query data gathered by the Prometheus instances monitoring your application.

Deciding how many Prometheus instances to run — and where to run them — is a separate scaling question that depends heavily on your application architecture. A single Prometheus server can easily pull metrics from a thousand other servers.

To build a scalable Prometheus back end, you have two primary choices: manual scaling using Prometheus federation and shardable solutions backed by long-term storage (LTS) that scale automatically to meet demand. You can get a general intro to the platform with our Prometheus tutorial.

Prometheus at Scale with Federation

To a certain extent, both types of federations help address the distributed query issue. Instead of querying multiple Prometheus servers to get the information we need, we should query a single, federated Prometheus server.

You can set this up quickly and easily using a recording rule that creates a reduced-cardinality time series for the parent Prometheus instance to scrape.

Drawbacks to the Cross-Service Federation Model

However, there are a couple of tradeoffs.

The first is local storage space. Since each Prometheus server stores its data on a local disk, pulling data from other Prometheus servers means we’ll have more data about what’s happening now, but we’ll end up with a shorter retention period.

You can scale up by attaching large disks to your Prometheus servers. But, as your application grows, you’ll inevitably hit a wall…

You can’t keep all the historical metrics on a single server.

Next, managing a growing fleet of Prometheus servers quickly becomes a job unto itself. You want your monitoring infrastructure to be fast and reliable. With that in mind, you’ll be on the hook for a few things, such as:

Neither of these tradeoffs mean that federation is always the wrong choice for scaling Prometheus. That being said, it’s important to be aware of what you’re getting yourself into.

A common solution is to use a hierarchical federation where each level in the hierarchy only scrapes aggregate time-series data from the servers beneath it. For example, imagine you’re using Prometheus to monitor a multi-cluster Kubernetes application. Inside each cluster, a Prometheus server scrapes metrics from each pod running in the cluster.

At the cluster level, you’d likely append Kubernetes metadata to each Prometheus sample — such as pod labels or node names. Those labels show you what service the pod belongs to. Node names record the physical node on which the pod and its containers are running.

Adding this metadata to each sample increases your Prometheus labels’ cardinality, which in turn increases the number of time-series Prometheus needs to store.

You’ll appreciate this tradeoff if, for example, you need to determine if an anomaly you’ve noticed in your app’s metrics only occurs on a single node.

You can’t afford to ship all this data to the higher-level Prometheus server, however. You’ll have to create an additional time-series that aggregates the data using a recording rule:

If you’re trying to aggregate a metric named open_websocket_connections, you can create a recording rule that sums the number of open WebSocket connections across all pods in a service. Choose a common prefix like ‘federate:‘ when naming aggregate time-series so the federated parent server can scrape them easily.

Then, when configuring the parent Prometheus server, specify ‘{__name__=~"federate:.*"}‘ as a match parameter to ensure that the parent server scrapes aggregate data from all its children but leaves everything else behind.

Once set up, you can query the parent server about metrics from containerized services running in all your Kubernetes clusters. That is, albeit at reduced fidelity than querying each cluster-level Prometheus server individually.

Although federation works and is easy enough to understand, it’s tedious to set up and maintain. As your application grows, you’ll have to add additional layers to your federation’s hierarchy. Consequently, you’ll end up dropping more labels so you can create new aggregate time-series as you move up the hierarchy.

Is there a better approach that doesn’t involve so many tradeoffs? Ideally, we’d send all our Prometheus data to a central datastore, keep it there indefinitely, and query it at will.

Remote Storage to the Rescue

Fortunately, Prometheus can write to and read from remote storage. Prometheus has many remote storage integrations, including some names you’ll recognize, like Google Bigtable. Some datastores behind these integrations offer virtually limitless capacity, overcoming limitations imposed by Prometheus’ reliance on local storage.

Note that if you set up all your Prometheus servers to write to a remote datastore, it isn’t necessarily a scalable Prometheus architecture.

Prometheus isn’t designed to let one server remotely read data written by another server. However, you can save as much historical data as you’d like and query it at will. Also, there’s a limit to how much query traffic a single Prometheus server can handle.

This need not be a deal-breaker. If you’re comfortable with this limitation, adding a scalable cloud database as remote storage might be the last hurdle to a scalable Prometheus backend.

You can even use your database’s native query capabilities instead of running PromQL queries, but you’ll lose some excellent features.

For instance, there’s easy integration with Grafana for visualizations. Note that if you intend to use InfluxDB, OpenTSDB, or TimescaleDB for long-term storage, they have their own scale challenges.

These integrations let you stream metrics from all your Prometheus servers directly into an S3-backed time-series database.

Two of the most popular integrations follow this pattern: Cortex and Thanos.

Cortex and Thanos are similar in that they offer:

They’re also both Cloud Native Computing Foundation projects, so they’re likely to be improved and maintained over the long term.

Cortex and Thanos have a few differences.

Thanos, in contrast, is more modular. It uses a sidecar process that runs alongside Prometheus servers. It then scrapes data from them and saves it to long-term object storage.

Each sidecar also presents a store API that can be called by a querier. A querier can fan queries out to multiple stores, so you’re free to set up numerous queriers. You might have one querier that can see all your data and several others only reading a subset of it.

This is useful where you’d like to let the DevOps team query everything, but limit things for other teams. Consider more limited queries so those other divisions can retrieve metrics solely relevant for the applications they own.

As with most things in DevOps, there’s no one-size-fits-all solution. If you’re thinking of building a scalable Prometheus backend using Cortex, Thanos, M3, or VictoriaMetrics, consider reading through the docs. Try them hands-on to determine which one is the best fit for your team.

Note that Cortex, Thanos, M3, and VictoriaMetrics all add operational overhead. Although you can run them on a single VM, you’ll want to deploy them to their own Kubernetes cluster in practice.

All four tools offer Kubernetes operators to make deployment easy. Still, you’re adding another application your DevOps teams will have to monitor and maintain.

Federation and remote storage backed solutions are both viable ways to scale Prometheus. However, they come at high cost in terms of the time required to set up, administer, and maintain them. While these solutions might be the right choice for your organization, you instead may find they consume time and resources you’d rather devote to solving your customers’ challenges.

Fortunately, you don’t have to do all the work yourself. If you’d like the benefits of a scalable Prometheus back end without the hassle of setup and maintenance, consider a fully-managed Prometheus service like Logz.io Infrastructure Monitoring. All you have to do is add Logz.io as a remote write target for your Prometheus servers, and you’re ready to roll. You get instant access to unified queries and Grafana dashboards across all of your Prometheus time-series data — no setup or maintenance required.

As we’ve seen, you have several options to consider when you need to scale Prometheus. Doing it yourself has clear benefits. It might make sense if your organization is already large enough to have dedicated DevOps personnel who can devote some time to the care and feeding of your scalable Prometheus infrastructure.

If not, consider outsourcing your Prometheus infrastructure to a software-as-a-service provider like Logz.io. Instead of spending your time administering metrics, you can act on them. 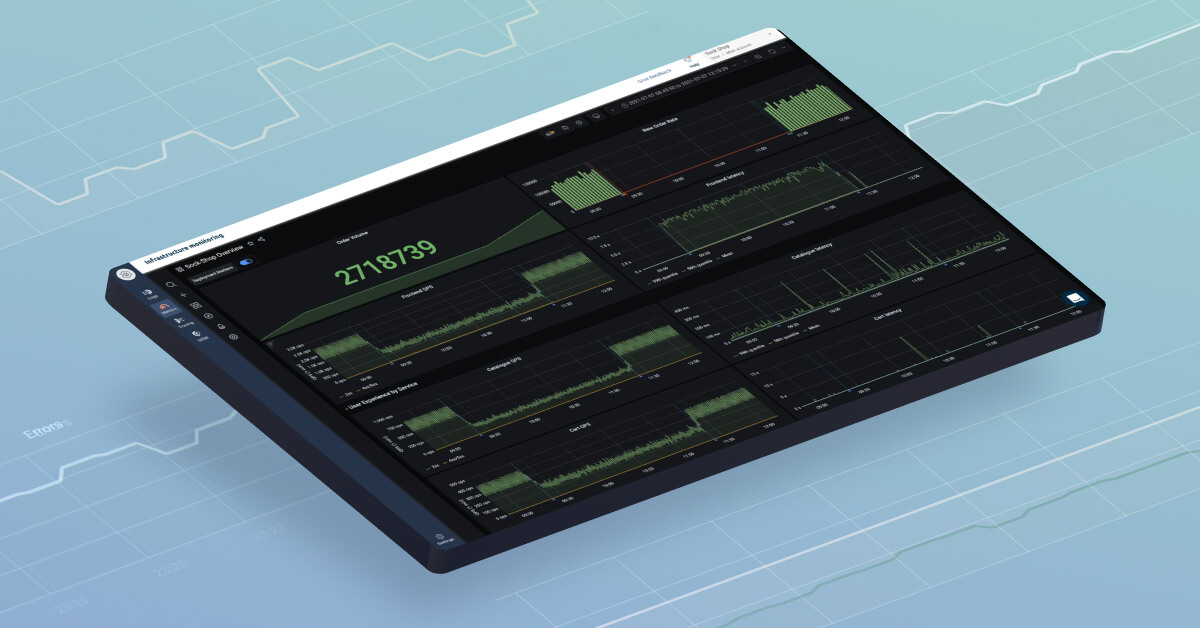 How to Give Your eCommerce Monitoring Dashboards More Context 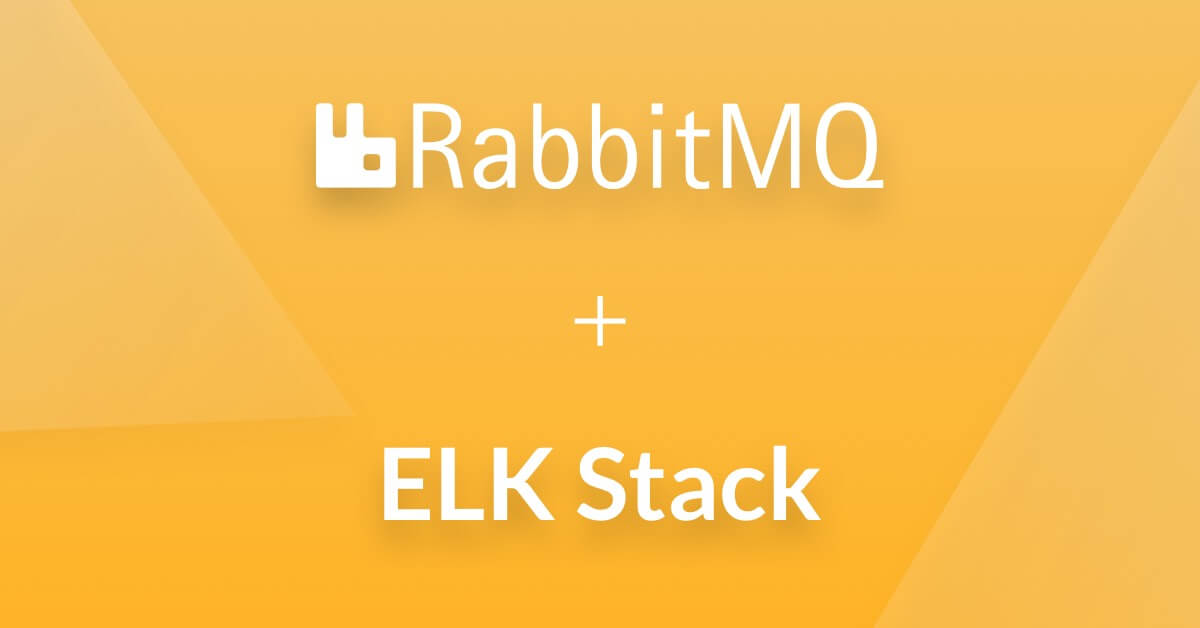 Monitoring RabbitMQ with the ELK Stack and Logz.io Part 1