While the platform used at Kenshoo for logging managed to supply the basic needs of the Ops team, the company began looking for an alternative due to some specific technical challenges.

First, Kenshoo found that a large amount of manual work was required on their end for maintaining the logging pipeline — adding new logs for new services for example, or defining alerts — these tasks resulted in an increasing and unwanted overhead of emails and phone calls.

The second challenge was scalability. Since the logging tool in use was an on-premise solution, scaling up and raising the data retention period required an increasing investment in hardware.

From a usability perspective, Kenshoo felt that the tool was not intuitive enough and had a high learning curve. This ultimately led to the tool being used by a limited amount of people in the organization, specifically — only by a small subset of developers and the Ops teams.

These challenges led Kenshoo to begin thinking about taking a different approach to logging. High on the list of priorities was a self-serving logging tool that would help the company train new users and allow teams to integrate new logs and manage their own logging practices independently.

Kenshoo began looking for an end-to-end SaaS logging solution that would answer all these basic technical requirements — ease of use, scalability, built-in alerting, storage, and data retention.

Kenshoo looked at a few SaaS logging platforms but decided Logz.io was the best fit for their needs for a number of reasons.

First of all, Kenshoo felt that Logz.io was a real, managed, end-to-end service. Logz.io takes care of the entire log ingestion pipeline, A-Z. There is no additional manual work required for integrating your environment with the system and this was important in making the decision to select Logz.io.

Second, from day 1, the Logz.io team showed a high degree of professionalism and support that won the hearts and minds of the team at Kenshoo. Working together is an ongoing process, and Kenshoo felt that in Logz.io, there is a team that can be trusted.

The process of moving to Logz.io was smooth. Logs are shipped into Logz.io using Filebeat, and new instances are provisioned easily as the need arises using a number of provisioning services.

Training the teams at Kenshoo to work with Logz.io was easy — a result of both an intuitive UI and of using open source technologies to establish the logging pipeline. In fact, Logz.io is so easy to use that it is now used across the entire organization.

Almost 200 people at Kenshoo use Logz.io for various purposes, from Operations and IT to QA and technical account managers, with a total amount of 10TB of data being shipped monthly.

The Ops team have hooked Logz.io into other monitoring tools in use in the company’s NOC with integration APIs. Using Logz.io, developers are writing logs into their microservices and monitoring how their code executes in production, ultimately providing them with enhanced visibility into the entire product lifecycle. QA teams have created dashboards and visualizations that have helped them discover bugs in the product.

“One of our developers named Logz.io together with his IDE as the tool that best boosted his productivity over the
past year”
Erez Lotan, Chief Architect at Kenshoo

In addition, because Logz.io runs on AWS,  customers can easily run their full logging pipelines at scale as an enterprise-grade solution. Furthermore, AWS makes adherence to industry and government requirements relatively simple by aligning with IT security best practices and following a number of compliance standards such as HIPPA, SOC 2, and FISMA.

The relationship between Kenshoo and Logz.io is an ongoing process. One challenge the technical teams on both sides are facing together is log reduction.

Following the wide and fast adoption of the platform, Logz.io is helping Kenshoo analyze hot spots generating an unusual and unnecessary amount of logs. The result of this joint effort revealed in one example, a line of code generating 66 million message a day!

At the end of the day, the results of using Logz.io are substantial from a company perspective.

From being limited to a select team of experts, log analysis has become mainstream at Kenshoo. What was once a difficult, manual and resource-consuming task, is now simple and automated.

How BigPanda enhanced the support of its customers with Logz.io 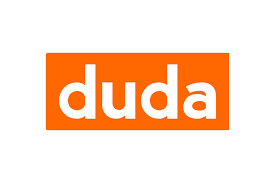 Improving Visibility across Microservices by Correlating Logs and Traces